Located in the heart of The Rocks in Sydney, Frank Mac’s pays tribute to the owner’s great uncle Frank, a larger-than-life character regularly found at his local village bar in Ireland. The venue is the latest addition to the building’s rich history, its sandstone walls having hosted a boot maker, boarding house, doctor’s surgery & opium dealer since the 1840s.

“The downstairs bar is a luxe candle-lit space with velvet armchairs, leather couches and a smattering of vintage artefacts (including a collection of Uncle Frank’s hats) — Broadsheet —

As they step in off the street, and enter through the heritage shopfront, guests are greeted by a visual feast. Authentic and attentive to detail, the shelves are packed to the brim with vintage knick-knacks and goods, harking back to the eclectic general stores of early 20th century Ireland.

The main bar is a showpiece item, with traditional stained oak panelling, and asymmetrical painted timber shelves telling a story of decades of use. Tacked onto the end of the bar is the “Snug”, a fresh take on the traditional pubs in the emerald isle, where the ad-hoc cramped spaces were notoriously used to cut shady deals between powerful characters.

There is a cozy and welcoming atmosphere that permeates the internal spaces, surrounded by the warmth of custom American oak joinery, dark velvet curtains and antique leather banquettes, wall and pendant lights, and aged brass detailing. The outdoor areas are defined by a pair of vintage mural artworks, a nod to the advertising art of early 20th century Sydney.

The design of the bar was carefully considered to protect and enhance the highly significant heritage fabric. Techniques include using freestanding joinery, protective floor layers, and no fixings into the sandstone walls, carefully inserting the new design elements within the heritage framework. 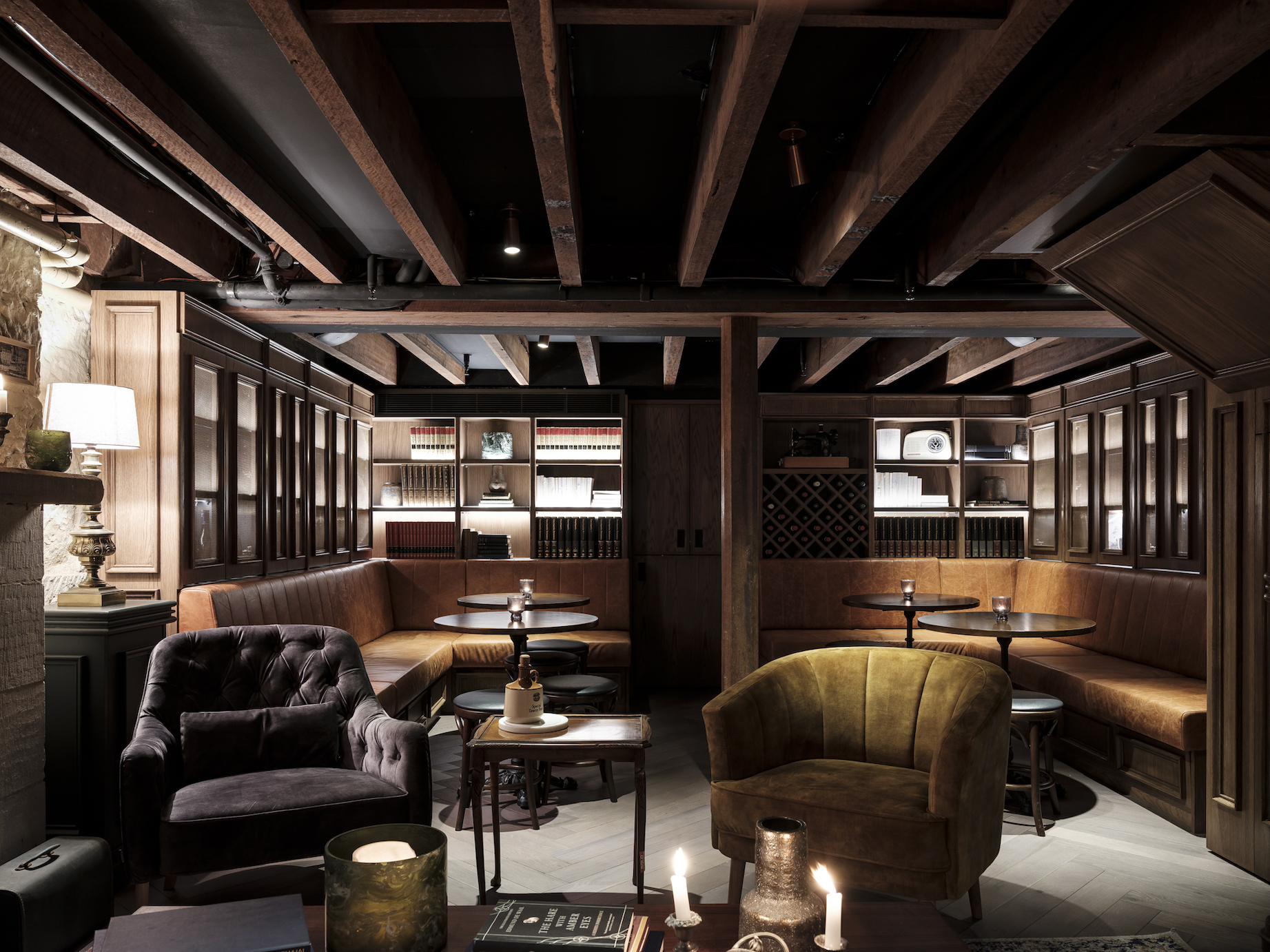 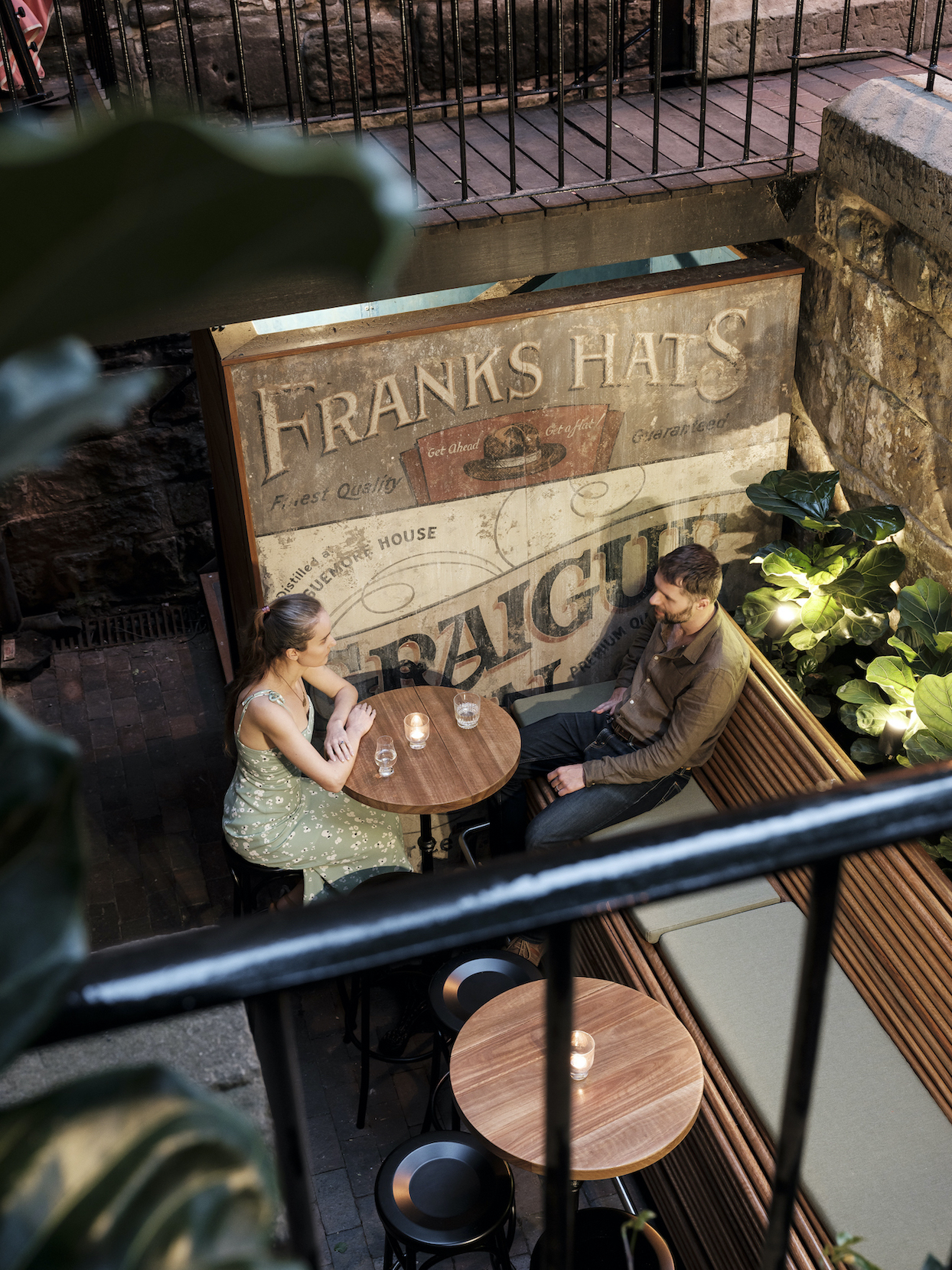 “I want guests to feel like they’ve left their troubles at the door, and stepped into another world of old time charm with a modern twist.”